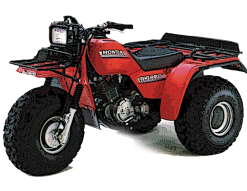 The JUSTBIGREDS.COM Forum - A Forum Dedicated to the BIG RED ATC

If your URL is correct, you'll see an image preview here. Large images may take a few minutes to appear. Remember: Using others' images on the web without their permission may be bad manners, or worse, copyright infringement.
filename
0%
Cancel

Please paste your code into the box below: